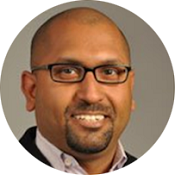 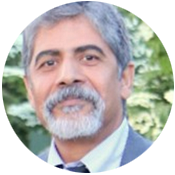 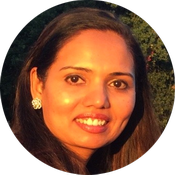 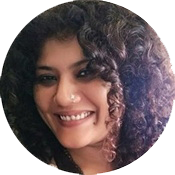 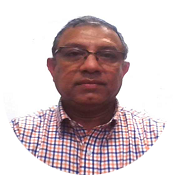 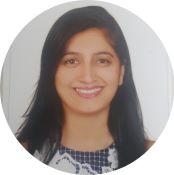 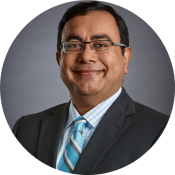 Anirban has over 18 years of strategy, research and development, and implementation experience in physical and digital operations manufacturing, supply chain process improvement, and process automation services. He is the founding member of Amplo Global Inc., an AI-led Industry 4.0 risk management product company that powers AmploFly4.0, a platform that enables organizations to measure, assess and define 3 to 5 years of Industry 4.0 execution readiness. He earned his engineering degree from the Birla Institute of Technology and Science, India, in Electrical and Electronics, and an MBA from the Fuqua School of Business at Duke University, where he specialized in strategy and marketing.
Industry Specialization:
MFG/Hi-Tech/Semi-Con/Auto, Med Devices, Consumer Services Functional Expertise: Digital Reinvention Strategy, Transformation, NextGen Supply Chain/MFG

Ani is an action-oriented commercial insights and strategy professional, with over 18 years of experience in the pharmaceutical industry. He has held several positions in commercial product portfolio strategy, business development, marketing, and operations. As a problem solver, he is specifically skilled at identifying and addressing specific business issues in the commercial space. Ani has developed end-to-end business valuation platforms for new product opportunity analysis and built innovative platforms that offer strategic choices for portfolio planning and decision making for several pharma and biotech companies. Throughout his career, he has operated as a strategic business consultant across various cross-functional teams, while communicating meaningful and actionable recommendations for market entry and life cycle management. Ani has a Ph.D. in Molecular Biology from the Indian Institute of Science, Bangalore, and an MBA in marketing and supply chain management from Rutgers Business School.
Industry Specialization:
Commercial Insights, Product Opportunity Analysis, Financial Modeling, Product Portfolio Planning, Go-to-market Strategy.

Nilanjan is a Financial Professional with over 25 years of experience in the industry. He has a wide portfolio of Controllership, Financial Management, Corporate Policy, Audit, Valuation, Fund Management, and the like. He has led projects to set up financial monitoring and compliance policies, Instituted processes to review financials for accurate and timely reporting, and set up processes to reduce closing timelines. He is also well versed in tax computation and has been a part of various external audit and review teams.

He aims to provide professional services at all times with an endeavor to constantly update knowledge and improve processes to increase efficiency. He is driven to evaluate and implement efficiency tools, implement processes, tools, and guidance to comply with laws, regulations, and standards.

Pooja Soni is the Chief Technology and Data Officer and Solutions at Amplo Global Inc. She has two decades of hands-on experience developing solutions in a broad range of business areas, executing complex projects, and delivering engagements that impact the bottom-line. She is passionate about increasing value by driving change, improving operational efficiency, and delivering 4.0 solutions. Focused on the impact of predictive analytics, cognitive automation, and AI-fueled digital transformation, Pooja is an influential thought leader. 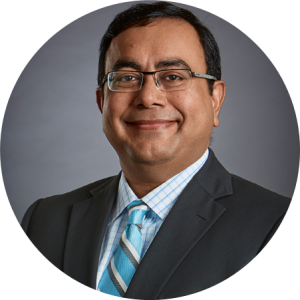 
Som Chakraborti has joined Amplo Global as the Office of Chief Growth Officer as well as an Advisor to the Board. Som brings a range of commercial and operational leadership experiences in smart manufacturing, IoT, and industrial software, most recently from Schneider Electric, where he was the Senior Director for Industrial Automation and Software in the US.

Som’s experiences include Head of Digital Solutions for the Completion & Production Division at Halliburton. Vice President, Material Handling Group at Rexnord Industries, an Original Equipment Manufacturer (OEM), where he re-structured the aftermarket services business with digital/Internet of Things (IoT). Prior to Rexnord, Som served as the President of Dover Corporation’s Energy Automation Group, where he launched the ‘Connected Well-site’ platform for the oilfield in North America. Before Dover, Som spent 18 years with Rockwell Automation and ABB in sales, service, and P&L roles, including General Manager of Rockwell Automation’s process control business and Director of Systems & Solutions for ABB North America.