In 1982, Steven Spielberg’s E.T. the Extra-Terrestrial had emerged as a major box office hit, even going on to become the highest-grossing film of all-time. Naturally, expectations were high when Atari released a video game based on the movie. It had even produced millions of copies of the game, in anticipation of blockbuster sales.

Instead, the game was panned as being one of the worst ever made and it was a major flop. Atari was stuck with a mountainous pile of unsold copies which, as the urban legend goes, the company ended up burying in a landfill in Mexico. But had Atari followed the principles of elastic logistics, it could have easily avoided this outcome.

The beauty of elastic logistics
In this age of social media and viral marketing, trends come and go, often driven by memes and transient fads. Estimating production volumes, inventories, and demand for what is currently popular tends to be an activity fraught with risks. DHL gives the examples of fidget spinners which had become wildly popular in 2017, selling 50 million units in the first six months of the year. Manufacturers were caught completely off-guard and had to scramble to meet demand. Which, as you might assume, did not last long. DHL calls this a “textbook example” of how traditional business models can be overwhelmed by unpredictability in demand and supply. “But today’s fast-moving world means that companies must be able to quickly expand or shrink their capabilities to meet the demand within the supply chain at any point in time. This flexibility is known as elastic logistics.”

Elasticity in logistics includes everything from being nimble on the manufacturing front to being able to optimize delivery fleets. It also includes being able to forecast risks, costs, and demand. And here, organizations are increasingly relying on the latest in data analytics, robotics, IoT, remote sensors, automation and predictive technologies that leverage artificial intelligence and machine learning. “Having such early warning systems helps companies monitor and avert fluctuations in demand, and deals with supply-side disruptions such as material shortages,” notes DHL.

Robots to the rescue
In its Top 5 Trends in Shipping and Logistics, WNS Global Services notes that by 2021, the global logistics and warehouse robot market is expected to reach $14.43 billion. This demand for robotics will be driven by the exponential growth in e-commerce, the expanding third-party Logistics (3PL) market and a shrinking labor pool. “Advanced robotics technologies are evolving backed by research funded by governments, venture capitalists and companies such as Amazon. These technologies will bring in a new generation of robots that will closely collaborate with humans to execute nuanced tasks,” says the report.

Automation using robotics will also boost elastic logistics by enhancing efficiencies and productivity in warehouses, sorting centers and last-mile deliveries. In fact, as the WNS report points out, several startups have already entered the warehouse automation market with Autonomous Mobile Robotics (AMR) that combine embedded intelligence and application software. An example would be a multi-robot fulfillment system where scanned items autonomously navigate through the warehouse infrastructure. “While driverless technology is still short of large-scale deployment, autonomous delivery options, including drone deliveries, will gain traction,” adds the report.

Supply chain organizations are also expected to move away from a singular focus on becoming lean and cutting cost, and instead favor the building of “fail-safe elasticity” in managing demand. This will help them better optimize inventories and boost operational capacities. “Flexible, automated technologies will maximize the impact of elastic logistics – superior customer service, minimum hidden costs and a highly scalable operating model. The ability to scale operations in real time through increased distribution channels, prioritized deliveries and efficient robotics-led warehouses will help companies overcome geographic restrictions.”

And as we all know, a happy customer is invariably a repeat customer. And a great brand ambassador, too.

Amplo Global Corporate Social Responsibility (CSR) wing started its journey with the purpose of helping communities for transformation through a holistic approach. The focus is to create an eco-system leading to a self-sustainable value chain. Amplo Global’s social entrepreneurial mindshare along with various social impact start-ups are making a mark towards a better planet to live in.

Our first initiative has been shaking hands with Ahana, the first ray of the sun, a non-profit organization of Kolkata, West Bengal. We have been associating with Ahana from its inception, mentoring and guiding it, assisting to collaborate with various government and non-governmental organizations to conduct different programs related to empowerment and revival of traditional forms of art which are losing their relevance in this fast-growing world.

Amplo Global CSR & Ahana together took an initiative in Surulia village of Purulia district in West Bengal, to rejuvenate the traditional form of the art of making artefacts from molten zinc or brass or copper. We organized workshops where women artisans of Malohar community were given training for learning this art. Moreover, we also took necessary actions for official documentation of these till date unidentified group, so that they get the minimum government benefits allotted for them. 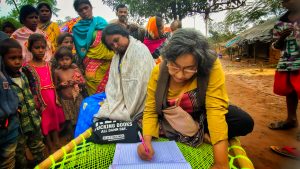 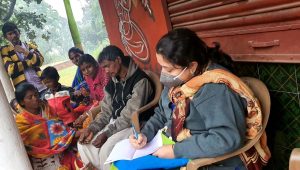 Knowledge development and enablement towards sustainability has been a key goal for AG CSR. To achieve this, AG CSR has planned to take up various projects. One such is conducting a workshop on ‘Gender equality gender justice: the rightful way towards sustainable social development’ with the students of Berhampore Girls’ College at Murshidabad. A one-day workshop has been organized with almost 300 students where a holistic vision on gender, sex and sexuality has been imparted to them. Along with that, they were given knowledge on relevant legal as well as social rights prevalent for them and also against cyber bullying and stalking. They were made aware of the rights available for them which will help them to develop social sustainability to deal in future. 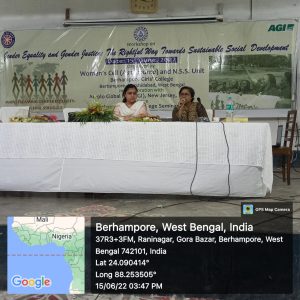 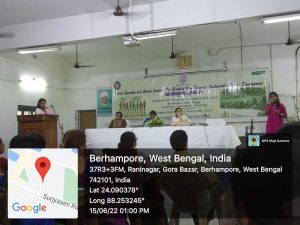 Another knowledge building program has been taken up by AG CSR team in collaboration with a Kolkata-based non-government organization, Kolkata Sanved, working in the field with the survivors for almost twenty years, using Dance Movement therapy for psycho-social rehabilitation and social transformation. Kolkata Sanved wants to prepare a digital archive, consisting of the huge data of their functioning for last two decades, that will be a source of information and knowledge for any individual/organization who wants to work in this field in future. Amplo Global CSR team is supporting KS to curate and host digital archive representing Kolkata Sanved’s works and achievements since its inception. 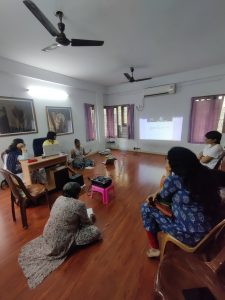 Empowerment of women and children from the marginalized community and enabling them towards sustainability has always been the major goal of Amplo Global CSR wing. In order to achieve this, AG CSR team has been meandering its path through different projects. The collaboration with organizations like Dishari and Samabedan has been done with this target in mind. Though at the initial stage, AG CSR team is working with these two organizations to strengthen its structure with technical support. This includes helping them to finalize vision-mission statements for strategic management, developing proposals for mobilizing resources and guide them with proper implementation plan. 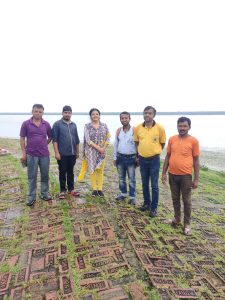 Along with empowerment of women, AG CSR also works towards the revival and preservation of traditional form of art. A very comprehensive program has been taken up by AG CSR team in association with Ahana and INTACH and with full-fledged support and cooperation of HSWS in the Kalimpong district of West Bengal. Workshops have been arranged in which women of the hills, having knowledge and skill of weaving in traditional handlooms. They were given training on new techniques and methods by professional designer cum trainer, whereby they were taught how to improve their skill and make more variety of products which have huge demand in the market. The aim is to showcase the right path in front of these women which will help them to reach the goal of sustainable livelihood in future. 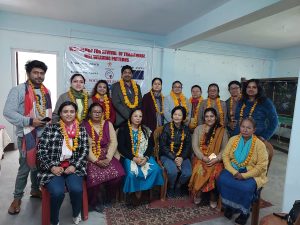 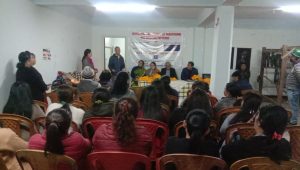 Amplo Global has a pool of experts with experience of working in national as well international organizations. Our expertise is in designing scalable yet customized programs in the field of alternative education, child protection, women empowerment and leadership, sustainable and dignified livelihood solutions, knowledge management and digital archiving, disaster management

Tinku Khanna – studied Sociology and Women’s Studies; worked to end sex trafficking among caste-communities trapped into inter-generational prostitution in Bihar, Delhi and Kolkata for last 20 years; has played key role in passage of landmark judgment in trafficking in Patna High Court; has also played key role in upgrading 542 residential schools for under privileged girls to class 12 in Bihar; has been part of prestigious ILVP of US government.

Soma Roy Karmakar – studied Development Economics from Calcutta University; has experience of working in audio-visual media and government high school at the beginning of her career; joined the social sector in 2007; from 2007 to 14, she worked extensively on gender, sex, sexuality and HIV & Aids prevention; from 2014 onwards, she started working with child sexual abuse and incest; very well-known trainer and resource person on child rights and child sexual abuse. 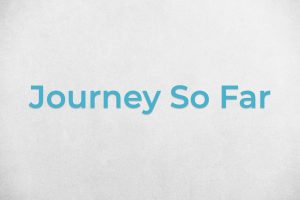 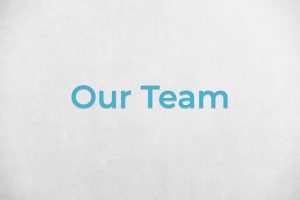 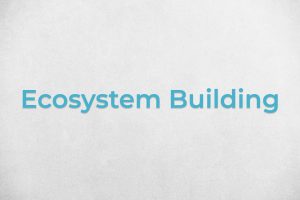 HELPING STARTUPS- Our purpose is to mentor, provide guidance and give back-office support to the newly built companies. Amplo Global is happy to take the responsibility of tutoring, guiding, advising and also imparting all kinds of support from the back office to the emerging companies. 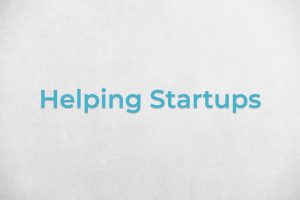 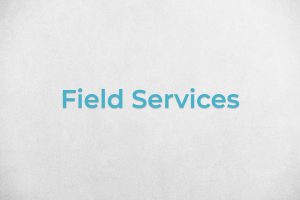 KNOWLEDGE DEVELOPMENT- It is our responsibility to gather knowledge, to code and to curate data collected from the projects. After the implementation of the projects, Amplo Global takes the initiative to code, and curates the data that they gather from the projects and finally gives feedback to the foundations so that the beneficiaries have a blissful life and that the sustainable development goal is being achieved. 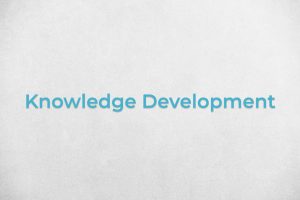 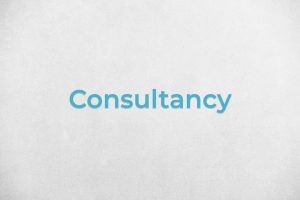 CONSULTANCY- Amplo Global plans to work as a consultant to other emerging corporate companies and guide them on how to utilize CSR funds. AG has an objective to mentor, support and help these new companies with the sustainable development goal in near future.

Amplo Global firmly believes in the principles of social, economic and educational equity-based development. It has developed its CSR policy framework that is aligned with UNSDG 2030. AGI recognizes and acknowledges the fact that Corporate Social Responsibility (CSR) is a company’s commitment to its stakeholders to conduct business in an economically, socially and environmentally sustainable manner, whereby organizations serve the interests of society by taking responsibility for the impact of their activities.

While the practice of CSR in India still remains within the benevolent space, AGI is thriving to mark a shift from institutional building (educational, research and cultural) to community development through various projects. Also, with passage of time and global influences, it is becoming quite discernible that while CSR remains largely restricted to community development, it is getting more strategic in nature.

Our Vision – Amplo Global has made a commitment to amplify social impact using technological solutions.

Our Mission – The objective of the Amplo Global CSR Team is to build an ecosystem between the donors, foundations, beneficiaries and the corporate community.

OUR GOAL- our purpose is to use our business as a force for good, and building a safer and sustainable world for all. Amplo Global puts an emphasis on the concepts of women empowerment, imparting education to lead a sustainable life and the revival of the long-lost traditions of local handicrafts.

Our Value proposition is Creating a sustainable development model at the very grassroot level through problem solutions that can be repeatable, customizable and scalable.

Green IT and Data