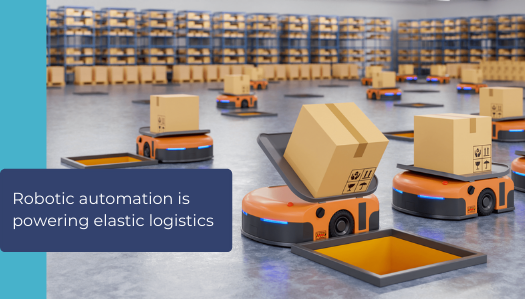 In 1982, Steven Spielberg’s E.T. the Extra-Terrestrial had emerged as a major box office hit, even going on to become the highest-grossing film of all-time. Naturally, expectations were high when Atari released a video game based on the movie. It had even produced millions of copies of the game, in anticipation of blockbuster sales.

Instead, the game was panned as being one of the worst ever made and it was a major flop. Atari was stuck with a mountainous pile of unsold copies which, as the urban legend goes, the company ended up burying in a landfill in Mexico. But had Atari followed the principles of elastic logistics, it could have easily avoided this outcome.

The beauty of elastic logistics
In this age of social media and viral marketing, trends come and go, often driven by memes and transient fads. Estimating production volumes, inventories, and demand for what is currently popular tends to be an activity fraught with risks. DHL gives the examples of fidget spinners which had become wildly popular in 2017, selling 50 million units in the first six months of the year. Manufacturers were caught completely off-guard and had to scramble to meet demand. Which, as you might assume, did not last long. DHL calls this a “textbook example” of how traditional business models can be overwhelmed by unpredictability in demand and supply. “But today’s fast-moving world means that companies must be able to quickly expand or shrink their capabilities to meet the demand within the supply chain at any point in time. This flexibility is known as elastic logistics.”

Elasticity in logistics includes everything from being nimble on the manufacturing front to being able to optimize delivery fleets. It also includes being able to forecast risks, costs, and demand. And here, organizations are increasingly relying on the latest in data analytics, robotics, IoT, remote sensors, automation and predictive technologies that leverage artificial intelligence and machine learning. “Having such early warning systems helps companies monitor and avert fluctuations in demand, and deals with supply-side disruptions such as material shortages,” notes DHL.

Robots to the rescue
In its Top 5 Trends in Shipping and Logistics, WNS Global Services notes that by 2021, the global logistics and warehouse robot market is expected to reach $14.43 billion. This demand for robotics will be driven by the exponential growth in e-commerce, the expanding third-party Logistics (3PL) market and a shrinking labor pool. “Advanced robotics technologies are evolving backed by research funded by governments, venture capitalists and companies such as Amazon. These technologies will bring in a new generation of robots that will closely collaborate with humans to execute nuanced tasks,” says the report.

Automation using robotics will also boost elastic logistics by enhancing efficiencies and productivity in warehouses, sorting centers and last-mile deliveries. In fact, as the WNS report points out, several startups have already entered the warehouse automation market with Autonomous Mobile Robotics (AMR) that combine embedded intelligence and application software. An example would be a multi-robot fulfillment system where scanned items autonomously navigate through the warehouse infrastructure. “While driverless technology is still short of large-scale deployment, autonomous delivery options, including drone deliveries, will gain traction,” adds the report.

Supply chain organizations are also expected to move away from a singular focus on becoming lean and cutting cost, and instead favor the building of “fail-safe elasticity” in managing demand. This will help them better optimize inventories and boost operational capacities. “Flexible, automated technologies will maximize the impact of elastic logistics – superior customer service, minimum hidden costs and a highly scalable operating model. The ability to scale operations in real time through increased distribution channels, prioritized deliveries and efficient robotics-led warehouses will help companies overcome geographic restrictions.”

And as we all know, a happy customer is invariably a repeat customer. And a great brand ambassador, too. 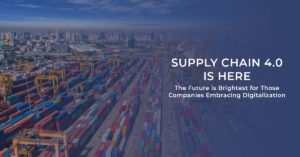 Supply Chain 4.0 is Here: The Future is Brightest for Those Companies Embracing Digitalization

It has become increasingly clear that successful businesses are the ones willing to evolve and reimagine. For most, that now means recognizing the need to operate within a complete digital ecosystem that takes advantage of the wide range of digital technologies previously unavailable. 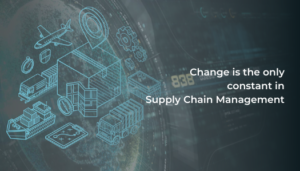 Change is the only constant in Supply Chain Management (SCM)

A prime example of rapid and relentless evolution is supply chain management (SCM). New technologies and innovations have significantly boosted its capabilities, and SCM is now able to deliver a lot more than what was thought possible a few years back. Here is a look at some of the exciting new developments in the world of SCM. 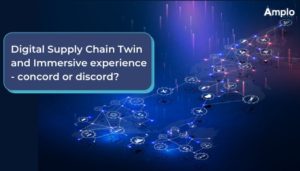 The supply chain business typically has wafer-thin margins and hardly any room for expensive
errors. Over time and with ample data, industry players can create digital twins and immersive
experiences that deliver a bird’s-eye view of the entire supply chain. 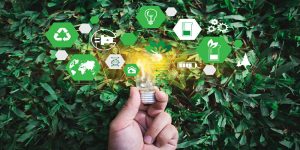 Bill Gates famously blogged: “We need an energy miracle… According to US government estimates, the world is going to need a lot more energy in the coming decades—an increase of 50 per cent or more between 2010 and 2040. But today, our biggest sources of energy are also big sources of carbon dioxide, which is causing climate change.”

Climate change is the new buzzword globally. Enterprises and consumers are looking at sustainable alternatives to protect the resources. One of the tallest industries that has leapfrogged into the Green Space is Information Technology (IT). Led by the top three vis. Amazon, Google and Microsoft, this sector is handholding large multi-continent corporations to MSMEs in their Green Compute journey. 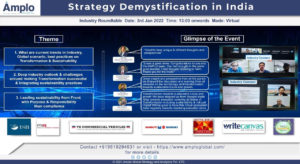 Strategy for successful execution of transformation and sustainability in India

Typically, sustainability means “meeting the needs of the present without compromising the ability of future generations to meet their own needs.”- Ms.Gro Harlem Brundtland. 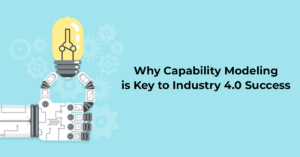 Look Before You Leap: Why Capability Modeling is Key to Industry 4.0 Success

Admittedly, the move from the Third Industrial Revolution to Industry 4.0 will not be easy. While enterprises are eager to adopt advanced digital technologies (Industrial IoT, predictive analytics, AI/ML, immersive tech, and the like), a number of roadblocks remain. Nearly 70% of projects are stuck in pilot purgatory, unable to scale beyond the initial proof of concept. Less than a third of manufacturing companies are deploying Industry 4.0 solutions at scale.